Hey guys! I have some exciting things coming up in the future. On November 7th is the Texaco Country Showdown State Finals hosted at the Teen Rain Center in Winchester, TN. I’m very excited to be able to have made it this far in the competition and fingers crossed that I’ll make it to the next round as well. I really appreciate everyone who has helped me out so far with my music including my band members, WCDT, and Ky Brazelton! My facebook page has gotten a lot of likes these past few months and my video that I posted of my new song, “Young, Wild, and Free”, has been my most popular post so far on my page thanks to all of you guys that have shared it! (THANK YOU SO MUCH) The other night I went to the 3rd and Lindsley to watch Nashville hit songwriters do a benefit concert, and it was AMAZING. I got to meet Luke Laird and give him my demo and bracelets. Mr. Laird has had sixteen #1 hits and produced a Grammy award winning album for Kacey Musgraves. (He’s basically my role model for songwriting. He is literally the bomb.) I met a new aritst, Steve Moakler, who sang his song “Riser” which I bought on Itunes immediately after I heard it! I also got to meet Thomas Rhett which I never expected to happen. (Let’s just say I was starstruck to say the least.) He was so nice and did an amazing job performing! One of the songs he sang was his newest hit “Get Me Some of That.” I sang along the whole time. It was so fun!

And I just wanted to take a minute to thank David and Linda Mason for introducing me to Mr. Laird and sending me to this event because it might’ve been one of the best nights of my life. Davis and Linda are part of my church family and have supported me in my music career. I am so blessed that they have helped me so much, and I can’t thank them enough! Thank you guys!!! 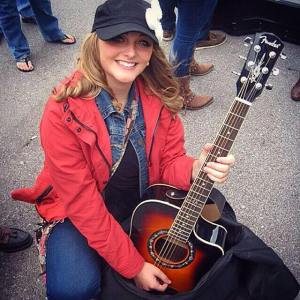